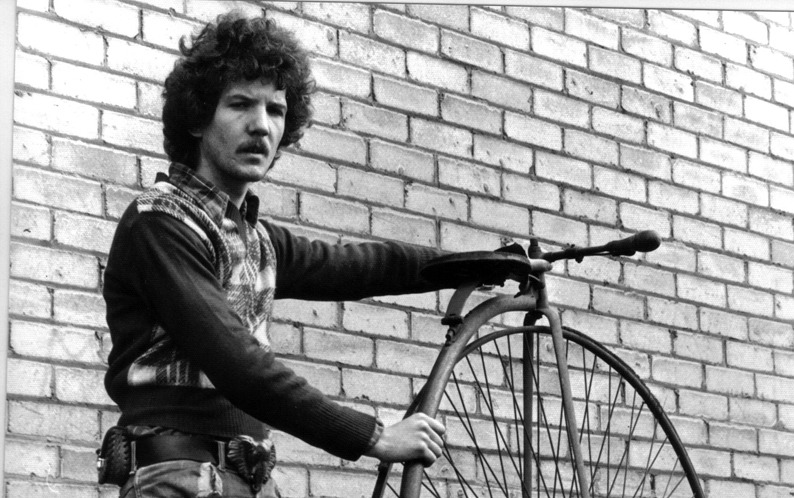 After leaving art college I worked for a while with the Museum service in Falkirk, my job there was setting up displays and restoring artifacts, this image shows me with my company transport and an awesome haircut!

There’s not much I want to say about this picture, other than, what on earth was I thinking going to work dressed like that?
It was during my time at Falkirk Museum that I learned what it was to be motivated by the things that other people do. A colleague at the museum, a much older man, told me one day he was leaving his job. I thought at first, he must be retiring but he explained that he was setting up a new business with his wife, a toy shop in fact and that they were really excited about the prospects of what lay ahead.

He asked me on that same day if I would design a logo and signage for him which I was delighted to do, and over the following weeks, I became more and more inspired by them to do my own thing as well.

I pulled some money together and decided to try my luck at market trading, and that as they say is another story altogether, or another post at least, the next one on my timeline in fact if you want to find out more.